There are many gadgets and mobile applications at the market, which let controlling to parents what their kids do: which sites they attend, where they go for a walk. Some programmes even let monitoring children talks. In the polling, conducted by Research center “Pew”, 48% of parents in USA confesses that they at least once watched calls and messages at mobile phones of their kids. 39% of parents used specific applications to track internet activity and limit it and 16% used gadgets to track geo-location of the kid. 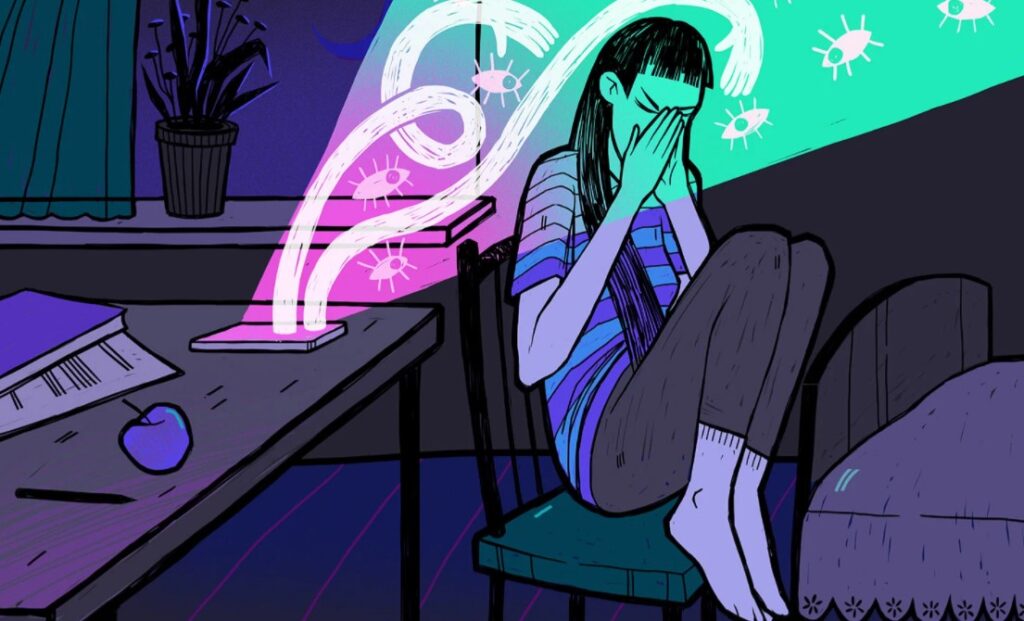 “Two years ago I became afraid of my mother, – says Natalia. All day long I thought that maybe right now she watches me and listens to what I say”. Natalia is 16 years old, up until recently she lived in Nizhnevartovsk. She recalls: since the very childhood mother tried to control what she is doing, where she goes and whom with she intermingles. “She took away my mobile phone, – says Natalia. – She read my correspondence and checked up the search history at the browser, watched pictures.” If mother didn’t like which words her daughter uses in messages, she rebuked. Pictures which mother didn’t like were deleted by her. When Natalia went for a walk with friends, mother often called her and wrote sms to get to know where is Natalia and if there didn’t happen anything bad. Such a care tired, but Natalia tried to treat it with understanding. “Simply mother always was too much worked up about me”, – she sais.
“When I was 14, mother installed to my phone the application, which could track me, – recalls the girl. – She didn’t ask for my permission, simply downloaded the programm”. It turned out to be that with the help of application mother can 24/7 track geo-location of Natalia and through the speaker to overhear what is happening around the daughter – how she answers at the lessons and what she discusses with her friends.
“After the lessons I went for a walk with my friends and mothe started calling and interrogating: why I don’t go home, who I went with and where, – recalls Natalia. – I was always anxious, and I started being afraid at all to go somewhere”. If in the talk with friends Natalia used words which mother considered to be bad, at home there was expected to be a serious talk. “I started hiding phone deeper in the backpack or otherwise hold in hands and constantly clamp speaker with finger, – she says. – Also through the application mother could record my telephone talks and then listen to. It was so annoying that I stoped communicating with my friends on the phone.

Accordingly to words of Natalia, in family there began constant conflicts. She asked mother to remove application, convinced that it is not normal. Mother replied that everything that she does – is for the welfare of the daughter. “On top of that the programm malfunctioned, – recalls Natalia. – For example I came home, call to mother. And she doesn’t believe that I am at home because application shows my geo-location at a different place. It could show in the middle of the day that I left my classes. Mother scolded and I told her: “Call to teachers and ask, let them confirm that I didn’t leave”. 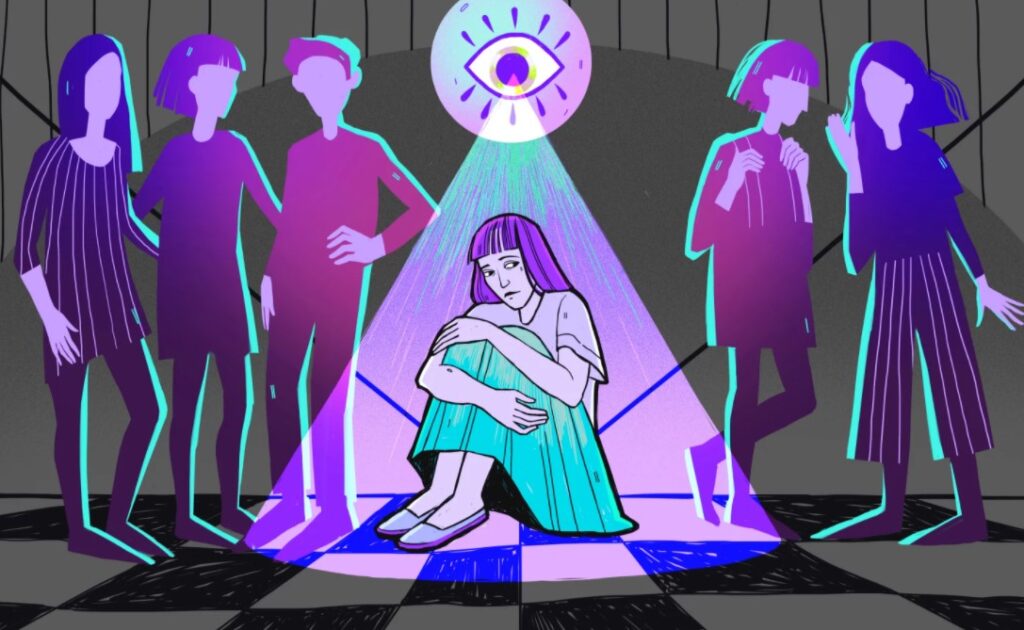 This went on for nearly half a year. As Natalia tells,  she started feeling, that she is all the way tracked. She felt uncomfortably even at home – it seemed to her that she couldn’t stay on her own nowhere. “I became very nervous, – she recalls. – There appeared uncomfortable sensations in chest. Sometimes I suddenly started feeling strong sense of panic for no particular reason.”

Natalia anymore didn’t went for a walk with friends after school, didn’t speak with friends on the phone. Approximately after half a year mother stopped so militantly watch her daughter’s life – it became obvious that nothing specific happens in it. Gradually she forgot at all about this application and Natalia removed it, not saying anything. But even now, some years after, she still doesn’t like talking on the phone or transmit to friends in messengers her geo-location.

“Now I moved to another city for studding, – says Natalia, – thus mother doesn’t control me anymore, it became useless. But though the story wth application was left behind, it seems to me that relationship with mother will never become precedent. I will never be able to confide to her the same way as before”. By Natalia words, she doesn’t want anymore to be honest with mother. “Why say truth if she anyway doesn’t believe to me but to application which does mistakes? – she disserts.

“When I was 12, parents saw at youtube the advertisment “Where are my kids” and decided to set it up, – says Oxana from Moscow. – They said that it is for safety and I agreed. But parents didn’t tell me that through it it is pussible to overhear the talks”.

Oxana says: once she went back from school with her friends. On the way they discussed lessons and teachers. “I rarely use swear words but that time I didn’t lapsed and sweared a couple of times, – Oxana says. – And that time there came message from mother: she alerted that at home she was going to have a serious talk with me”.

It turned out to be that mother overheard the whole talk. ” They took away my mobile, – says Oxana. – Read all correspondence and removed accounts in social networks. Mother for a long time told me that it is bad to swear and took away my smartphone for 5 months”. When the term came to an end and parents returned phone to Oxana, they went on tracking her displacements and overhear talks. Because of that in family there often were quarells.  Oxana says that she couldn’t communicate to friends that freely as before. She always thought that she could be overheard. Because of that she started feeling herself outsider at the group of friends. Accordingly to her words, she “lost a contact with friends”, she felt lonely.

One and a half year ago Oxana noticed that she feels herself wierd. She says she started experiencing unconditional anxiety and there appeared intrusive thoughts. During the scheduled examination mental physician said that Oxana has obsessive compulsory disorder, with which man has obsessive thoughts or actions. Most often this disorder appears when one endures strong stress or hard events.

“Where are my kids” – one of the most popular parent application at the market but not far a single one. Nowdays in the world there are nearly 600 applications . 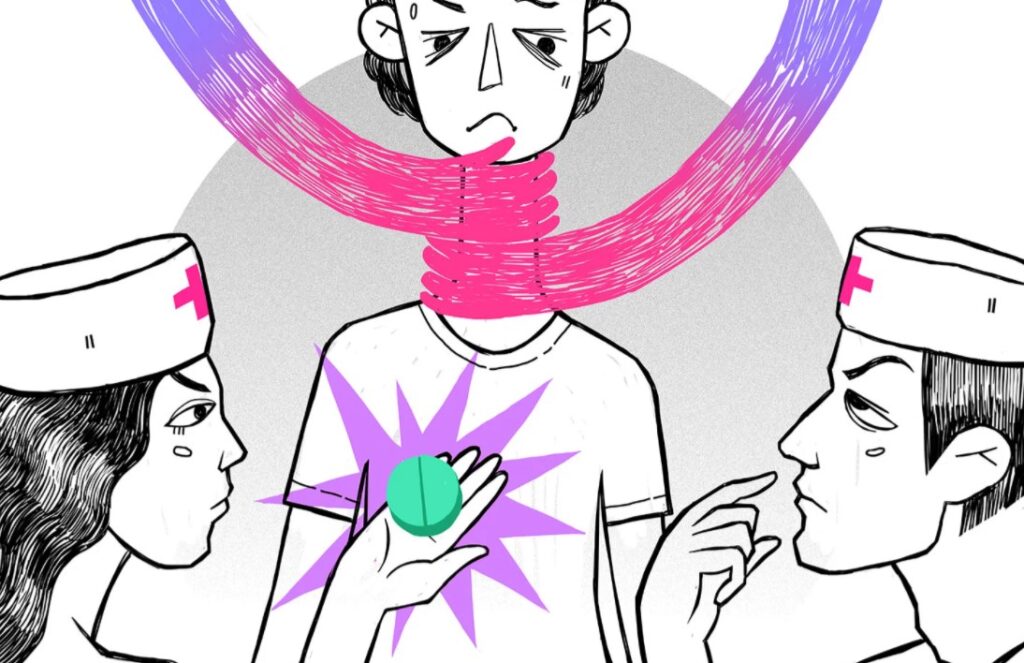