I moved to live at camper van. Where to take water for shower and for how much electricity holds out

Camper van – is a car with dwelling appartments in a van. It can be located separately, essentially, or can be conjoint with the car. Self-moving camper vans are called “Campers” and trailing cars – caravans. In camper vans there are the places to seat, which at the parking places can be adapted for sleeping berths, biotoilet, shower, oven, refrigirator, washing machine, conditioner, lightning. Camper vans are much sought after similarly in Europe and United States. But lately in Russia either commenced appearing people, who abandon their flats for the summer for the sake of journeys and life in houses on the wheels. Meet the founder of brand of non-soaking clothes Surfer Raincoats Rudik Gurevitch who is telling the facts why he moved to camper van, how life is organized at house on the wheels, how much safe it is and on what it is possible to save.

About the moving into camper van 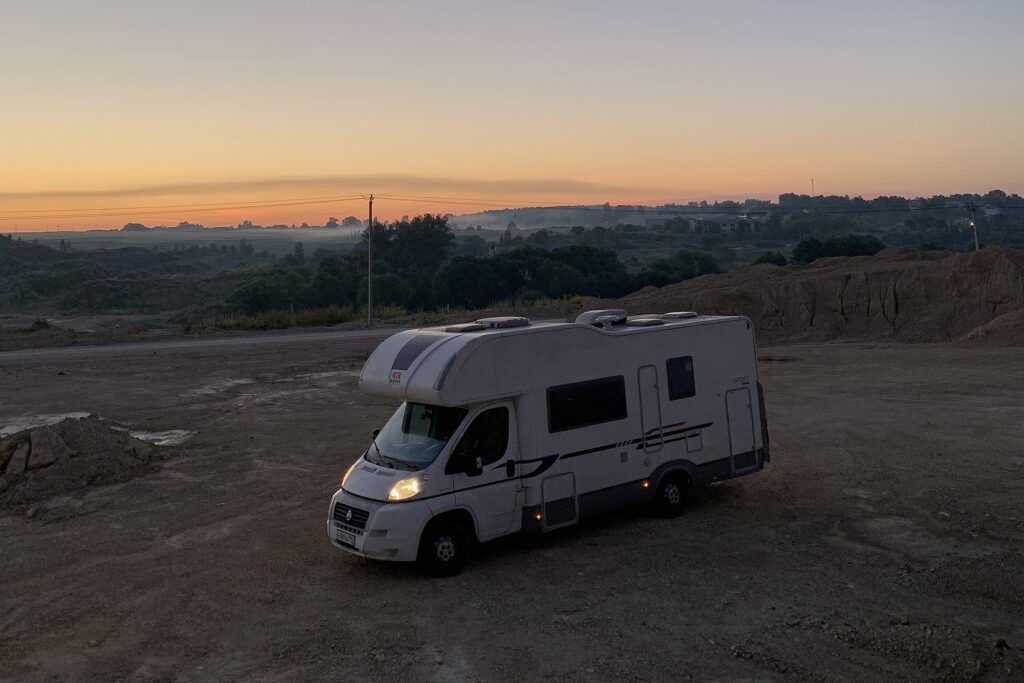 My girfliend and I have the flat in Sochi. Last two years we rarely appear there: we travel a lot, and spend summer in Moscow. We rent the flat. This year we decided that we spend the summer in camper van.

The deceision came upon us spontaneously, at first there was just a joke. The whole previous summer I was searching for the car for travelling and understood that there is no single car which sutisfices my requirements for 100%. And in winter we were at Marocco. There I saw many european retired persons in camper vans. It came upon me that it is nice decision.

Earlier, in 2014, we took with friends camper on lease and went to Crimea. We were in six and spent a week there. This was a magnificent journey. I thought that it is neessary to reiterate but for a long time.

We bought our camper because the lease is expensive. In 2014 we took camper on a lease for 6,5 thousand RUR per day. Then it was expedient: for six it was cheap, we didn’t have to rent an appartment. Now such a camper, the same as we have, will be costing 11 thousands RUR per day – 5,5 thousands per person. For the month there is more than 300 thousands.

In winter after the trip to Marocco I started watching different spotlight videos, found companies in Russia, which are engaged with sale and lease of camper vans, counted custom, went out for european site with pre-owned campers. Russian variants were cheaper.

We were bargaining with pedlar for two-tree months. Simultaneously I looked through other variants. When lockdown happened, i postponed searches. As far as the restrictions had been put off, i called to the pedlar and bought the car.

There are different types of camper vans. Ones are distinctive with bodyshell – and consequently with the number of sleeping berths. There are alcove campers with the add-on over the roof, where there is a queen bed. We have alcove camper with 6 sleeping places. We chose the biggest and most comfortable – to travel for a long time.

The lenght of the car is 7 meters, width – slightly more than 2. We lived in six during the week – it was ok. In two extremely comfortable. 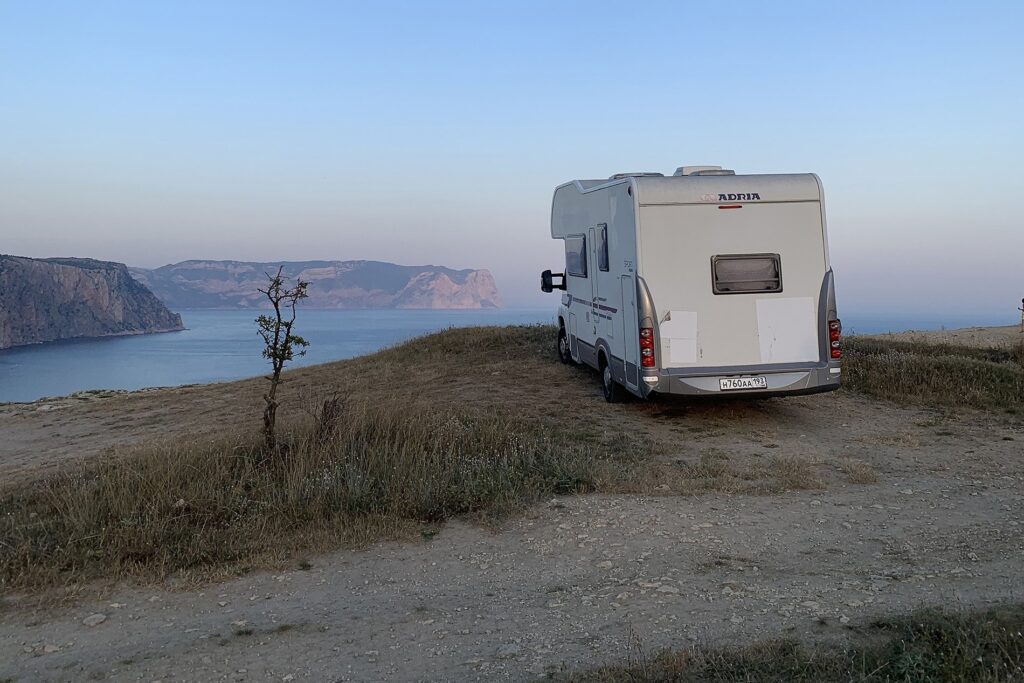 In our camper van there is a tub with water for 100 litres. It is not much: enought for 2 days for 2 people. It is possible to have a shower couple of times and to wash the dish severl times. I plan to set up second tub for plus 100 litres.

We take water at carwashes, asking them to pour by the hosepipe. Some take money for this, some – not. Couple of times I paid 100 RUR.

We have a tub with grey water. There comes the water out of the shower and washbasin. This tub is always open and water is poured to the streets.

In camper van there is a biotoilet. Its cassette is supposed for 20 litres. The drainage is then poured to ordinary toilet on the petrol station. We have also gas-bag, which is heating the house, gas oven, water boiler, refrigirator, at the external part of camper there is a switchplate.