Emperor of Japan abdicated from the throne

The first part of rituals was held in Tokyo, on the grounds of emperor’s temple. Clad in old-fashioned garment, Akihito attended the main imperial sanctuary Kasikodoro so as to announce about his leave to Shinto Gods. Accordingly to the legend, this temple belongs to the goddess of the sun Amaterasu, which appears to be the direct ancestor of emperor’s family. Emperor abdicated after 30 years of reign. This June the Parliament ratified the law by which Japan’s emperor can go out of this world. He expressed this wish by himself, referring to his declining years. It is for the first time in 200 years that emperor abdicates while alive. Akihito will hand over reins of power to his successor – prince Naruhito. 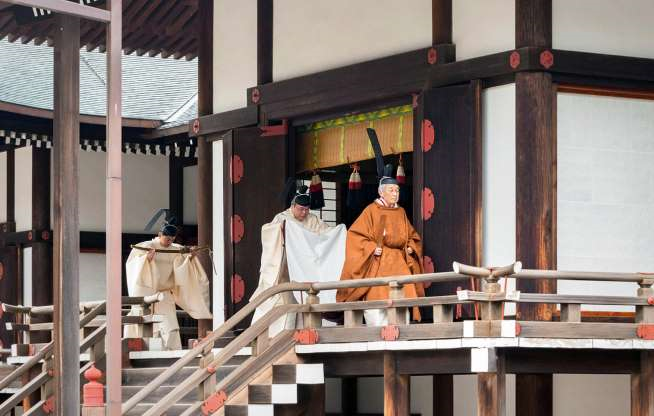